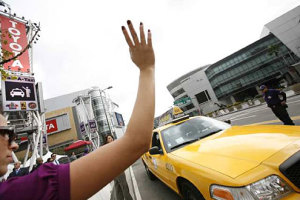 A couple of years ago I was hosting a friend from San Francisco and we were out late catching up eating amazing dessert at Papa Hydn’s on NW 23rd. It was about midnight when we left and come to find out we missed the last trolley, which would take her back to her hotel in SW. I was stumped on what to do. My friend says, “let’s just hail a cab”. I told her “you can’t hail cabs in Portland”. She was shocked. Where was Uber when we needed it?

Living in Portland, we are one of the few cities that does not allow Uber to operate in our city yet so I have not had the opportunity to try it out. On a recent trip to Atlanta I decided to try it out and I am sold and that’s not just because my first ride was free!

I am surprised that taxi companies haven’t invented software similar to Uber years ago. Here is why I liked it:

Portland has promised to allow Uber in the Spring of 2015, but in the meantime if you are traveling you might consider trying it out. Here is my referral code to get you a free ride (and me too). melodyb96